Latest News
Home /How Many Grams in a…

So, you want to know how many grams are in a pound, ounce, quarter, or eighth of weed, eh? Well, you’ve come to the right place — we’ve got answers for you. We’ve done to math and measurements and can confidently say that we are the supreme masters of this subject, which is why we wrote this easily digestible reference guide for you. Whether you’re a newbie to cannabis or a professional stoner, understanding weed’s measurement system can be extremely confusing. This handy-dandy guide should be everything you need to know about breaking down amounts of flower into grams.

Q: How many grams in an eighth of weed? ⅛ ounce to grams?
A: There are 3.5 grams in an ⅛ of cannabis. One Gram of Weed

A gram. The base of how things are measured in cannabis starts with 1 gram of weed. It is the smallest amount of marijuana flower to purchase in regulated markets. Why a gram? A gram is what is needed to have one or two smoke sessions, and is considered a good serving size for an individual. Think of this like the standard bottle of beer size: it’s enough liquid to feel the effects of alcohol and it goes great with pizza.

One gram will fill a fatty blunt or two bowls, so it will be good for a typical smoker in one session or 2 days for a light user. Grams follows the metric system as opposed to the imperial system that uses pounds, you can learn more about the differences here in our ounces (oz) and pounds (lb) article. 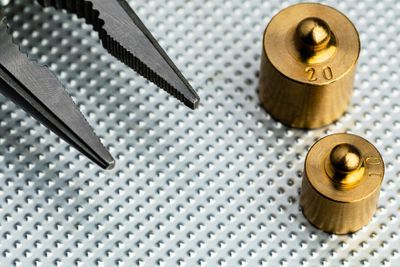 How much is a gram? A gram costs around $10. This ten dollar amount is so well known that a gram of weed is often referred to as a “dime sack.” The dime in “dime sack” stands for a $10 USD amount and not a dime coin, which we all wish a dime sack really cost.

$10 of super high quality weed will likely be less than a gram for a dime sack, and $10 dollars of low-grade shwag weed will likely be more than a gram. The dollar amounts to represent how much weed to buy was used more frequently in the illegal market, when the price of weed would fluctuate depending upon a few factors, most notably, who you are buying from. A $5 USD sack would be a nickel sack, and a $20 USD sack would be called a dub sack.

With legalization, however, there is more of an open market and visibility on pricing. There is also pricing based upon weight (how much cannabis you are getting) and quality of weed, instead of the set dollar amounts (the amount of money you have in your pocket). 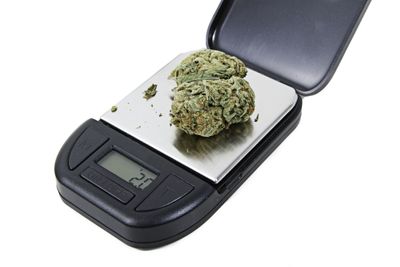 2 grams are great for a solo weekend getaway or long night out. As a gram is a dime bag ($10 of weed), 2 grams of weed is often called a dub sack ($20 of weed). Dub sack is still used with frequency, as it follows the average price of standard/low weed being $10 per gram. So, when asking for 2 grams, you can simply ask for a dub of weed and hope that your dealer throws in more than 2g. Good luck! 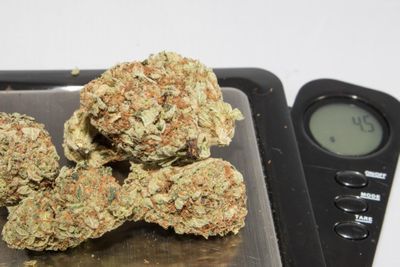 Why is 5 grams here? You will sometimes hear the term “5 gram eighth” for sale and this may seem like a mistake. But, it’s actually not! This is done to show you that a discount price is being offered. An eighth of an ounce is 3.5 grams, so all the seller is saying is that they will sell you 5 grams of weed for the price of 3.5 grams. You will be paying for an eighth, but getting 5 grams of weed, so make sure that the budtender weighs 5 grams in front of you. 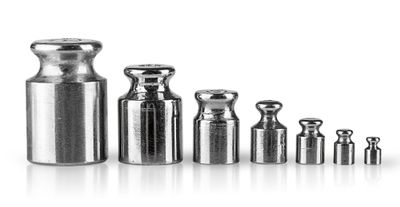 7g of weed is a quarter of weed. A quarter ounce of weed is a standard unit of measurement for weed transactions, so this is a common amount to know. 7 grams is not usually referred to as 7 grams, you can ask your budtender for a “quarter” of your desired strain such as a “quarter of blue dream” to get 7 grams of cannabis. This is a preferred amount as a consistent smoker can enjoy a good blunt or 1-2 bowls a night for an entire week and only need to re-up with their dispensary or delivery once a week.

Here’s a Chart Showing How Many Grams Are in Each Unit: