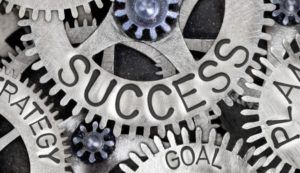 A number of multistate marijuana operators are struggling, unloading assets, cutting jobs and overhead costs as well as scrapping expansion plans amid a looming recession and a shortage of investor funding.

But other MSOs are doing well financially: Cresco Labs, Curaleaf, Green Thumb Industries and Trulieve, among others.

What makes a successful MSO these days versus the likes of Acreage Holdings, MedMen Enterprises and 4Front Ventures, which have scaled back by laying off workers and shuttering operations in a bid to slash costs?

And what is required to survive and prosper in the future?

Experts say these factors stand out:

“Ideally, you want to dominate a lot of markets, but that’s hard in cannabis because each market is different,” said Mike Regan, an equity analyst and managing member of Denver-based MJResearchCo. He likens cannabis to micro-markets.

What’s important, he said, is for a company to have a dominant or strong position in the markets it’s in rather than be a small player in many markets.

Then, the standard business axioms apply: a healthy balance sheet, a good business model and strong execution by the management team.

A webinar by Marijuana Business Daily’s Investor Intelligence earlier this year examined the cash MSOs have to cover their expenses. The analysis examined the companies’ balance sheets as of Dec. 31, 2019, and did not consider other factors such as planned cost-cutting.

Illinois-based Cresco Labs had a 70-month cash coverage, while Florida-based Trulieve had a 44-month cushion.

A half-dozen multistate operators had less than a year of cash coverage, meaning they were in trouble unless they could raise more money or quickly make their operations cash-flow positive.

Recent reports by investment banking firms Stifel and Cowen reflect what analysts like about the MSOs that are performing better right now:

How did we get here?

From 2017 to 2019, cannabis companies were spending money at a staggering rate, acquiring assets and expanding their capacity and footprints.

The expansion was possible because investors poured money into the companies without requiring them to show an immediate path to profitability.

Dorkin – former head of U.S. operations for Origin House, a Canadian-based cannabis company that Cresco acquired – said these companies wanted to have a larger footprint.

They also wanted to be able to claim they were growing through “massive news announcements” rather than setting reasonable goals and expectations for an investment payback.

“But that’s absolutely the wrong approach and why we have a trail of failed MSOs at our feet right now,” said Dorkin, who previously worked in a number of other industries and in private equity and turnaround roles.

For example, some MSOs expanded into overly competitive markets or those that were too small.

“Do you send department heads 3,000 miles to manage those assets?” Dorkin asked.

California-based MedMen had huge plans for Florida but recently shuttered five stores as it tries to stem its losses and a still high cash-burn rate.

Florida-based Trulieve, meanwhile, has focused on the medical cannabis market in its home state and benefits from being the dominant player.

Much of Cresco’s success lies in its home state of Illinois, where the company arguably has carved out a pole position in the new adult-use market. But it also enjoys a strong presence in Pennsylvania and parts of the West.

The bottom line is that successful MSOs must be able to show shareholders how long it will take for an acquisition to pay for itself in terms of equity appreciation or profitability, Dorkin said. A typical industry standard would be a three-year payback.

“I’ve yet to see financial models (in this industry) where the payback is congruent with the investment,” he said.

Experts have agreed for some time that an MSO shakeout was coming.

Regan said one can expect a lot of consolidation. In some cases, weaker companies could be merged into stronger operations or assets might be sold piecemeal as has been the case recently.

Smart MSOs, he said, will try to refocus on their strongest markets.

Arizona-based Harvest Health & Recreation might be such an example. It showed a strong cash coverage of 44 months, according to the Investor Intelligence analysis.

Harvest, which has operations in eight states, recently announced that it has been cutting expenses and jobs and will now focus on four key markets: its home base of Arizona as well as Florida, Maryland and Pennsylvania. The company already had terminated an initial $850 million deal to buy Verano Holdings.

Regan draws the analogy to internet companies, circa 2000.

Jeff Smith can be reached at [email protected]